Guangzhou signs over 2b yuan deal with Macao 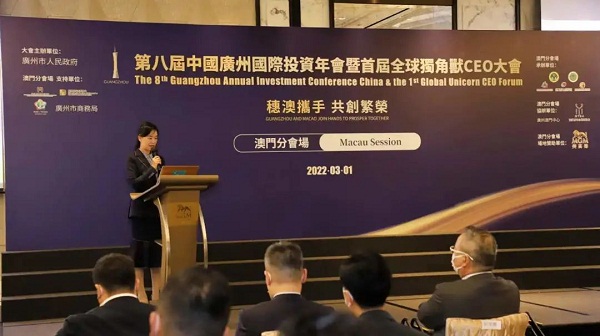 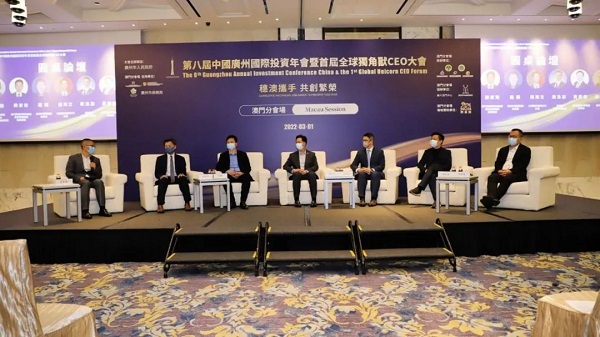 Guests from Guangzhou and Macao exchange opinions during the conference. [Photo/WeChat account: GZWS411665430]

According to the agreement, the Guangzhou Macao Center will be developed into a commercial complex with Hong Kong and Macao characteristics, while also serving as a technology, finance, and digital economy headquarters base with international influence.

This was the first time for the annual conference to set up a branch venue in Macao. In recent years, the exchanges between Guangzhou and Macao have been deepening. In 2021, the total import and export value of Guangzhou and Macao was $346 million, with a year-on-year increase of 24.54 percent, with the total amount of investment attracted from Macao increasing by 143.8 percent. The number of Macao enterprises newly established in Guangzhou also increased by 66.7 percent year-on-year.