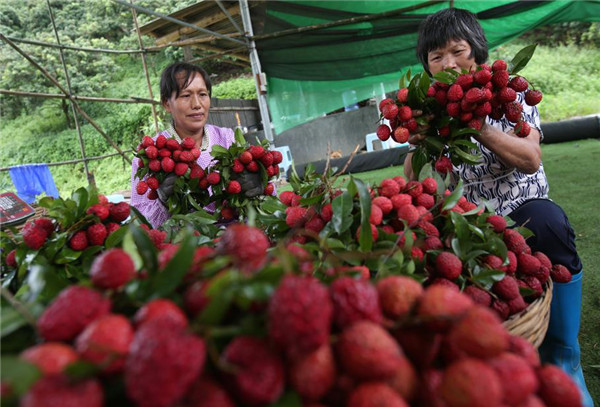 An ancient lychee tree became a tourist attraction recently as it was laden with fruit in the Luogang subdistrict of Huangpu district in Guangzhou. Located in front of the Yuyan Academy, the tree is estimated to be more than 1,000-year-old — one of the oldest trees recorded in the city.

Every day, many local people are attracted to the tree and its round, sweet fruit.

"I have lived here for six decades, and this year's fruit is particularly abundant — at least 50 kilograms," said Zhong Minxian, a local resident.

After thousands of years, the lychee tree is still green and luxuriant in its fruit period. Located in the eastern part of Guangzhou, Huangpu district is one of the major lychee production bases in the province, which has a profound lychee culture and thousands of years of history planting and growing the trees. The district has many lychee trees more than 300 years old.