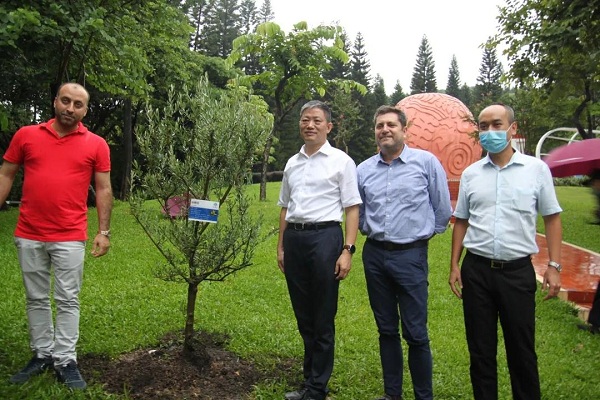 Guests participating in the tree planning activity pose for a group photo with the olive tree. [Photo/WeChat account: GZWS411665430]

The planting ceremony of an olive tree symbolizing the friendship between Guangzhou and Tel Aviv, Israel was held on Sept 15 in Guangzhou's Yuntai Garden, making it the first gift from Israel in the garden.

Guests, including Peleg Lewi, consul general of Israel in Guangzhou, and Liu Baochun, director of the foreign affairs office of the Guangzhou municipal government, planted the tree together.

Lewi said that olive trees are very special to Israelis as the tree has a 3,000-year-history symbolizing peace and hope in Jewish culture. 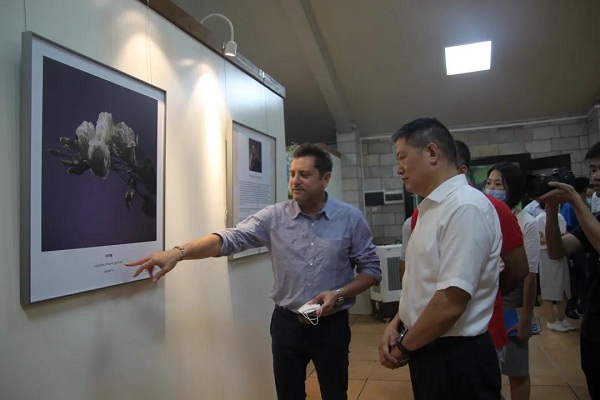 A photography exhibition on flowers by Israeli photographer Rotem Avrutsky commenced on the same day and will run until Oct 8.

Lewi noted that sunflowers and pomegranates are distinctive plants in Israel, adding that they are also very common in China. The reason why this exhibition was held was because Guangzhou is known as the Flower City and Tel Aviv is known as the White City due to its flowers.

He added that Israelis used to send flowers when making new friends.

Guangzhou and Israel has enjoyed an excellent foundation for communications as the city has set up an office of the Guangzhou government for technological innovation cooperation with Israel in Tel Aviv in 2017, while Guangzhou and Tel Aviv forged a friendly-city tie during the same year.

At present, Guangzhou and Israel have carried out rich and fruitful communications and cooperation in areas spanning biomedicine, scientific innovation, education, as well as economy and trade.