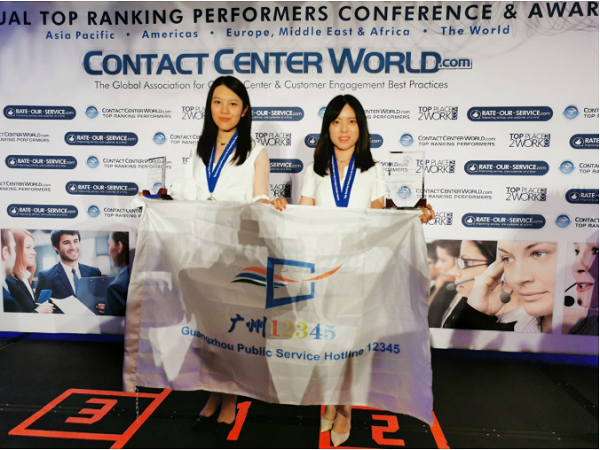 Launched by Contact Center World, a global association for contact centers and customer engagement best practices, the award attracts competitors from various countries and regions from all five continents. It is known as the Oscar awards of the industry.

The Guangzhou public service hotline won the gold medal for Best Public Services Center and the silver medal for Best Customer Service this year out of hundreds of competitors from more than 30 countries and regions.

This is the second time that the Guangzhou public service hotline has participated in the competition and the year 2019 also marks the 20th anniversary of the founding of the award.

The selection process of the award is quite complicated as only gold medal winners of a country or a region are eligible to compete in the global final.

In recent years, Guangzhou's 12345 public service hotline has devoted continuous efforts to offer convenient, intelligent, and efficient services to people, opening up online channels like its official WeChat account, website, and WeChat mini-program to turn 12345 from a simple phone number to a brand for systematic public service.

Ma Liming, vice professor at the School of Journalism and Communication of Jinan University, considered the awards a milestone as Guangzhou's 12345 has been recognized on the global stage.