The Guangzhou Metro announced that all districts in the Guangdong capital will be linked via subway lines starting Dec 28, following the official opening of three new metro lines.

The three lines make up the first phase of Line 14, Line 21 from Zengcheng Square to the Zhenlongxi section, and the Yangang to Lijiao section of the Guangzhou-Foshan Line. 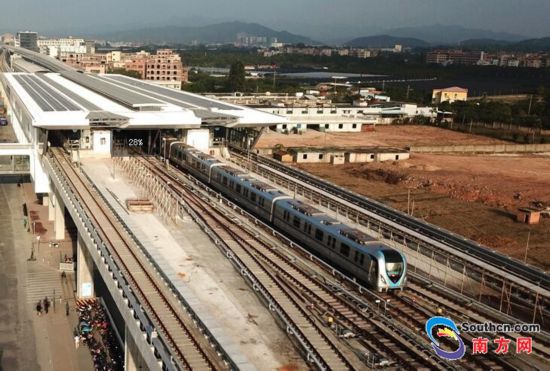 The Line 14 trains have a top speed of 120 kilometers per hour, with both fast and normal speed trains being offered. After the opening of the line, Conghua district, previously the only Guangzhou district with no metro lines, was finally connected with the city's metro system. Residents of Conghua are now able to reach downtown Guangzhou in as little as one hour. 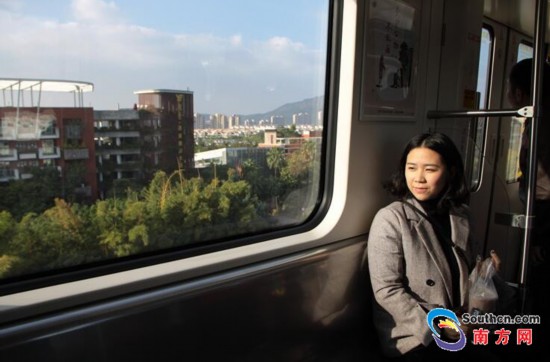 A passenger enjoys the view while taking a train on Line 14. [Photo/Southcn.com] 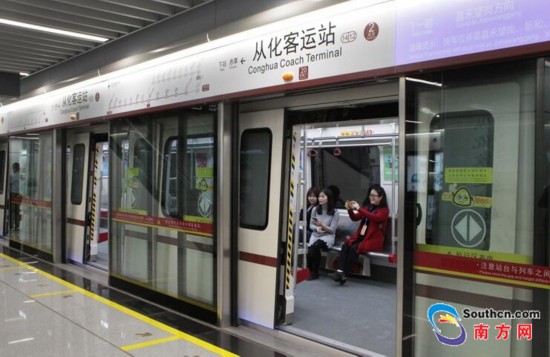