It's as simple as ABC for IAB industries

Cutting-edge technology can help transform Guangzhou's economy as the provincial capital of Guangdong opens up to IAB industries.

Next-generation information technology, artificial intelligence and biological medicine make up IAB with the provincial government rolling out preferential policies and funding for the sector.

One company that has benefited from the program has been AI startup Cloudwalk, which specializes in facial recognition technology.

Set up in 2015, the company has already become one of the leading players in the industry.

Its facial recognition system is used in the financial sector, as well as security and transportation.

The system is also in operation at 80 percent of the country's civil aviation airports.

"Our plan is to set up an AI visual image innovation and research center," He said. "We will also establish an AI university in the city."

The IAB sector in Guangzhou has expanded in recent years.

This was 5 percentage points higher than Guangzhou's average industrial growth rate during the same period.

The city is currently in the process of making a five-year plan (2018-22) on promoting the development of IAB industries.

The aim is to increase IAB output value to 1 trillion yuan by 2022.

The company specializes in quantum communication equipment and services or the transfer of sensitive information in a secure environment.

"We are focusing on economies involved in the Belt and Road Initiative to establish our networks," Xiao said.

"We also hope to introduce overseas scholars and scientists to work with us to explore the vast field of quantum communication," Xiao added. 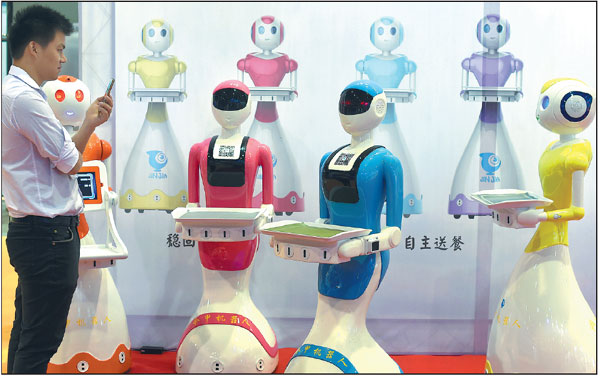