Dragon boats take to the water in Guangzhou 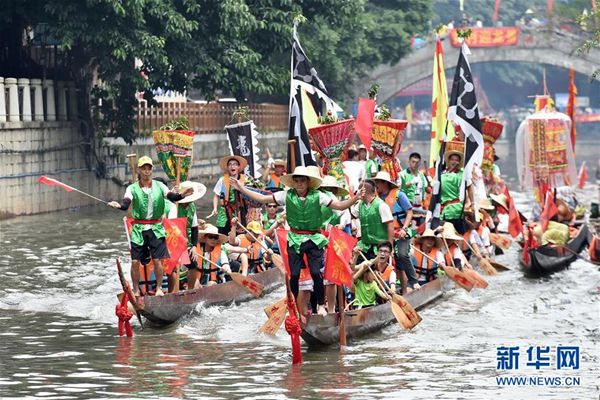 People take part in a dragon boat activity in Guangzhou, capital of South China's Guangdong province, on May 26. [Photo by Liang Xu/Xinhua]

Guangzhou residents are gearing up to celebrate Dragon Boat Festival, a traditional Chinese holiday that falls on May 30 this year.

People around China have been getting ready for the major festival in different ways. Guangzhou has developed a whole ceremonial system surrounding the dragon boats, boosting connections between villages and neighborhoods.

On May 26, people gathered at Shenyong village in Tianhe district, to watch dragon boats take to the water for the first time, in preparation for the races to take place during the festival. 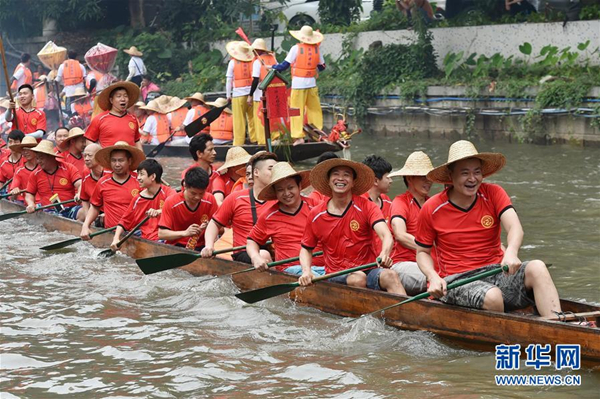 Villagers take part in a floating dragon boat parade on May 26, Guangzhou. [Photo by Liang Xu/Xinhua]

More than 80 dragon boats packed with oarsmen boarded their ceremonial vessels and paraded themselves along a stretch of water running through the village center.

Locals of all ages and from all walks of life gathered on the bank of Shenyong River to celebrate the upcoming Dragon Boat Festival, cheering their support to the rowers and setting off firecrackers.