Stretched out above the courtyard of Sun Yat-sen Memorial Hall in Guangzhou, and rooted deep in the ground are the branches and trunk of a kapok tree that has witnessed both Ming and Qing dynasties. 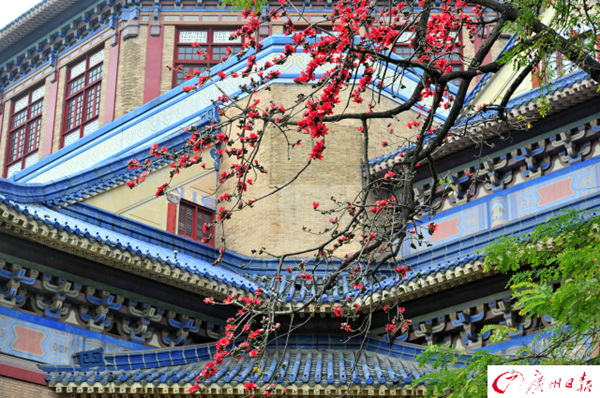 The arrival of spring is nothing new for this tree, the oldest in the city. Its flowers have opened and bloomed on its branches for 349 years, showing no signs of losing their vibrant hue and delicate petals.

Kapok flowers normally open across the city in March, but some early bloomers become a little too excited with the ever-rising warmth that they spring into life a little early. 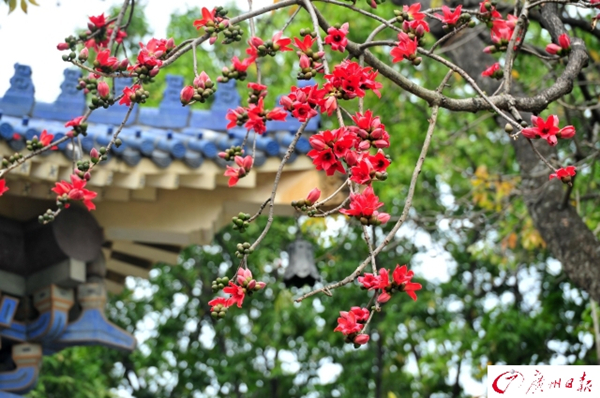 Guangzhou has a long history of growing kapok, with residents cherishing the trees they have called their own since 1982 when it became Guangzhou's official flower.

Rising 23 meters about the Sun Yat-sen Memorial Hall's courtyard, the ancient kapok tree has witnessed the passing of generation after generation, not to mention the rapid development of the city itself. 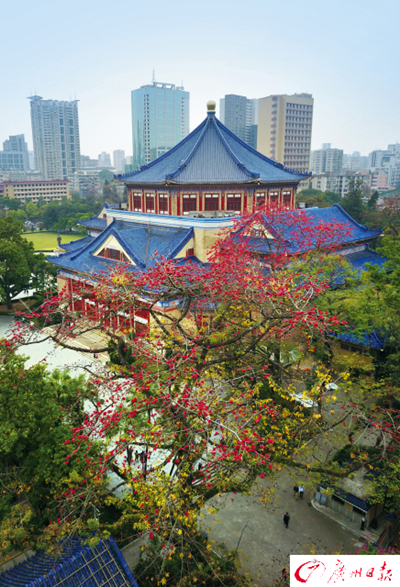 In January this year, the tree was shortlisted among 72 others as a candidate to become the "king of trees" by the Chinese Society of Forestry.

There are many places across Guangzhou for people to admire kapok flowers in spring, not least those lining the city's streets and boulevards.

Many residents like to pick up the fallen flowers and preserve them and use them as seasonings in soups, believing the ingredient to be good for the health of those living in hot and humid places. 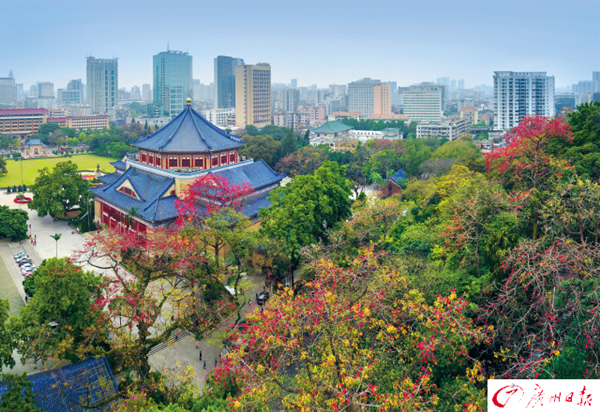