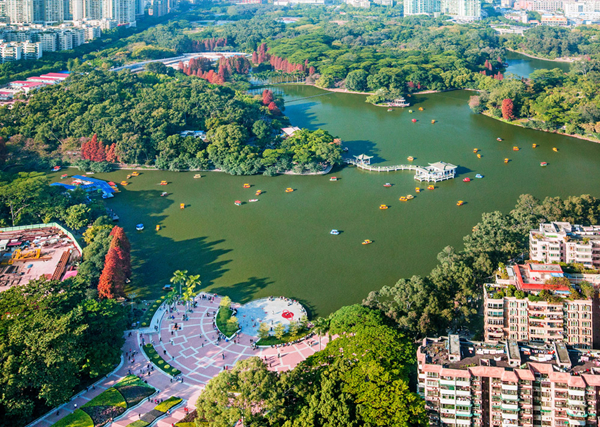 Located in east Guangzhou, Tianhe district boasts a rapidly developing downtown and covers 96 square kilometers with a population of 620,000.

Tianhe district is where the Guangzhou develops towards the east. Meanwhile, it is also the core of the new urban area that stretches from north to south, boasting major functions and scenic sites. Such geographic advantages will surely strengthen its economic competitive advantages in the new urban area.

Tianhe district is also reputed as a center of high-tech industry. In recent years, the Tianhe Science and Technology Park and the Tianhe Software Park have embraced rapid development.