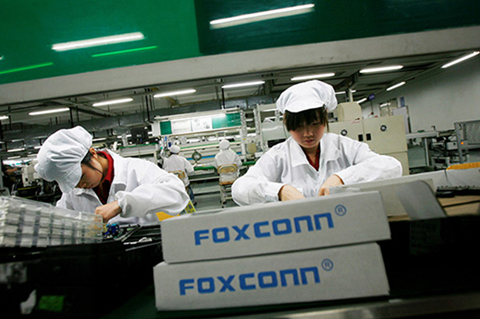 The factory, with an investment of 61 billion yuan ($8.86 billion), will mainly produce the 10.5 generation panel, substrate glass and related product lines, and serve as a major supplier for Japanese TV set maker Sharp Corp, according to the company. 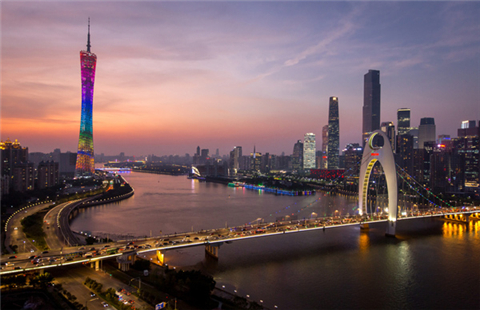 The Cisco project, signed in April, will also serve as Cisco's head office of innovation center in China. Focusing on innovation related to the internet of everything and the internet of things, and working with global partners, the project is expected to generate 100 billion yuan ($15 billion) in annual output.

The number of high-tech companies in Guangdong's Pearl River Delta region, a manufacturing center, reached 18,880 in 2016, up 78.8 percent over 2015, according to data released at a provincial innovative development conference held Tuesday.

Government investment in science and technology in the delta region soared 88 percent. 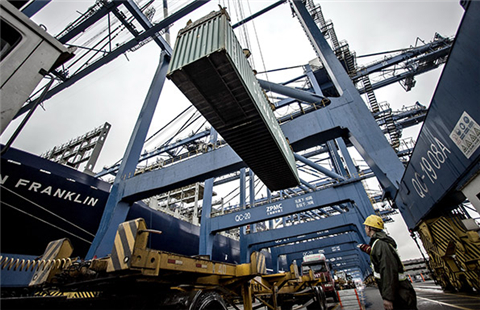 Guangzhou reduces costs for businesses by 70b yuan in 2016

A group of 33 online media journalists and experts arrived in Guangzhou on Jan 7 to take part in a government-organized promotion activity showcasing Guangdong province's progress in promoting supply-side economic reform.

This was the last leg of the "Economic Vitality in Guangdong, Supply-side Structural Reform" media promotion tour, which began on Jan 4 and included stops in the cities of Foshan, Zhongshan and Jiangmen, as well as the provincial capital.

Jointly sponsored by the Publicity Department of Guangdong, Office of the Central Leading Group for Cyberspace Affairs of Guangdong, and Development and Reform Commission of Guangdong, the activity has generated hot discussions since it began. 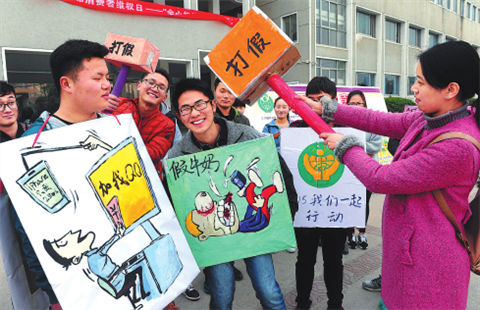 Poised to become an innovative smart city, Guangzhou, capital of Guangdong province, has beefed up its investment incentives for intellectual property protection.

In the latest implementation plan published through the executive meeting of Guangzhou government in last December, the city committed itself to becoming an intellectual property hub. It will focus on highlighting innovation, translating knowledge into application, completing a protection mechanism, creating a sound service system and becoming a place for high-level talents.

Guangzhou, capital of Guangdong province, will push forward development of a national innovation center within the next five years by introducing more high-tech and innovative businesses, according to the city's newly elected mayor.

"We will develop more new high-tech and innovative businesses in the years ahead as self-dependent innovation plays an increasing role in economic transformation and industrial upgrading," said Wen Guohui, 53, who was elected mayor of Guangzhou after the conclusion of the Guangzhou people's congress on Tuesday.

According to Wen, the city will develop 8,000 new high-tech companies and 200,000 innovative enterprises for science and technology by 2020. 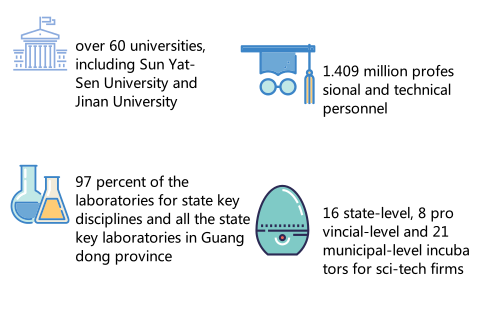 The city has cooperated with more than 200 research institutes from about 20 countries and regions. It is home to two thirds of higher educational institutions, 97 percent of the laboratories for state key disciplines and all the state key laboratories in Guangdong province. About 2.88 million people have an educational background above college level. There are 1.409 million professional and technical personnel and 2.122 million skilled people. Six Noble Prize winners, 77 academicians of the Chinese Academy of Sciences and the Chinese Academy of Engineering, 129 entries of the "1000 Talent Plan"(a Chinese government-initiated global talent program), 139,500 people with senior professional and technical qualifications and 642,000 highly skilled talents worked in Guangzhou in 2015.

For the fourth consecutive year, Guangzhou has won the title of most popular city among foreigners, sending out 1,220 green cards in 2016 to attract foreign talents, the Guangzhou Municipal Human Resources and Social Security Bureau announced in a meeting on Feb 23.

Guangzhou witnessed an influx of high-level talents in 2016. Sixteen experts have been successfully recommended to receive special government allowances from the State Council, nine innovation bases have been set up for post-doctors and 15 High-End Foreign Experts Projects have been launched.

The city has received huge attention for its move to green light a total of 1,220 foreign experts to build a smart city. 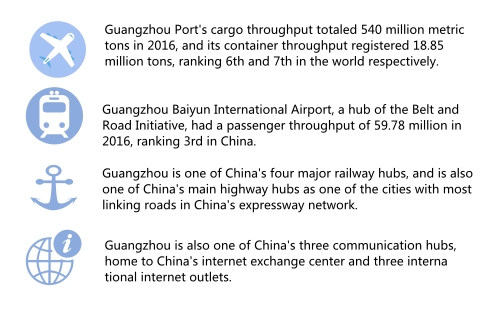 Guangzhou has unveiled plans for another big construction project to improve the city's public transport system in the city's 13th Five-Year Plan (2016-20) for urban infrastructure development published on Feb 1.

The plan's main objective is for Guangzhou to connect all its transport networks into one integrated system by 2020, including its airports, railways, highways, metros, ports and green transport. This should make travelling around the city quicker and more convenient for visitors and residents.

There are also ambitions for Guangzhou to create an "Air Silk Road", which could lead to a large increase in the number of flight connections from local airports. By 2020, the city hopes to have created a "four-hour traffic circle" connecting Guangzhou with other major cities in China and Southeast Asia. Guangzhou also intends to construct a "twelve-hour traffic circle" linking to metropolises all over the world. 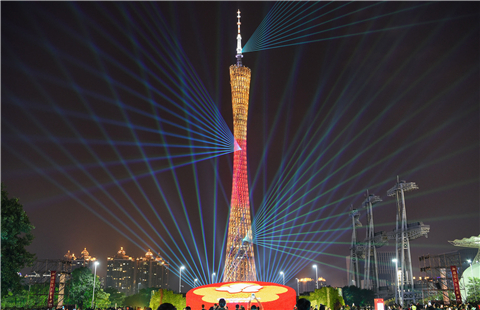 In addition to an "agreeable living environment" and "powerful industrial base", Guangzhou also boasts unique investment and business advantages.

The page is best viewed using IE version 8 or above, and other browers including chrome and baidu.

Copyright 1995 - . All rights reserved. The content (including but not limited to text, photo, multimedia information, etc) published in this site belongs to China Daily Information Co (CDIC). Without written authorization from CDIC, such content shall not be republished or used in any form.