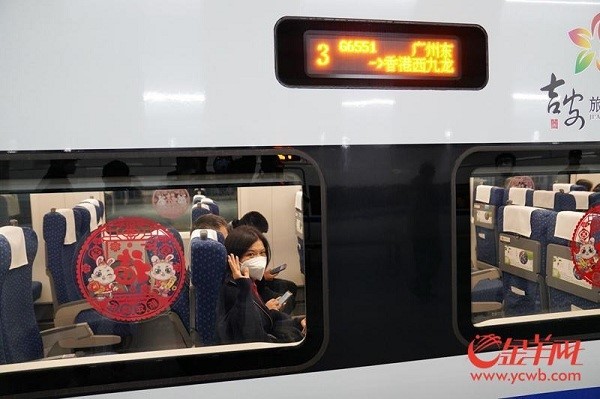 This is the first time that Guangzhou East Railway Station has operated a high-speed train to Hong Kong's West Kowloon Railway Station, marking the resumed operations to the Hong Kong section of the Guangzhou-Shenzhen-Hong Kong high-speed railway line, which has been out of service for nearly three years. 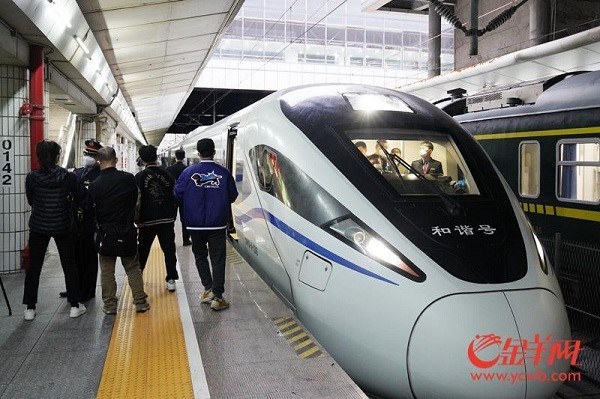