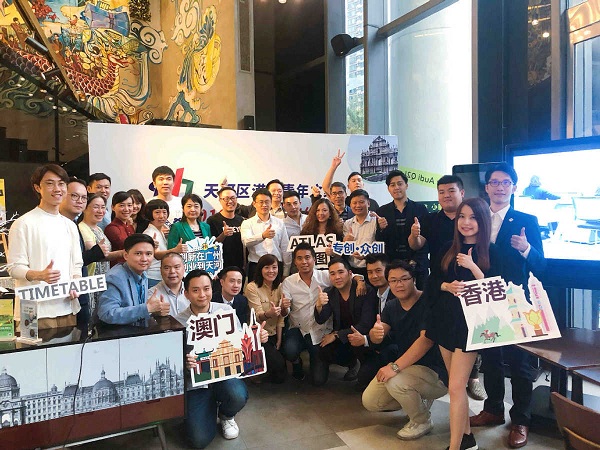 Members of a club in Guangzhou's Tianhe district for talented young people from Guangdong and the Hong Kong and Macao special administrative regions pose for a group photo. PHOTO PROVIDED TO CHINA DAILY

Guangdong province is offering more than 9,000 jobs to graduates from Hong Kong and Macao and encouraging them to register for examinations this year in an effort to speed up the integration of cities in the Guangdong-Hong Kong-Macao Greater Bay Area.

A joint announcement on Thursday by the Organization Department of the Guangdong Provincial Party Committee and the Guangdong Department of Human Resources and Social Security said university and college graduates from the two Chinese special administrative regions can apply online for jobs from July 19 to 21. Qualified candidates will be required to take their examinations on August 22.

Most of the posts lie in the prosperous cities of Guangzhou, Shenzhen, Zhuhai, Foshan, Dongguan, Zhongshan, Huizhou, Jiangmen and Zhaoqing in the Greater Bay Area, the announcement said.

Graduates from Hong Kong and Macao will get the same treatment and benefits as local residents after recruitment, the announcement said.

Hiring university graduates from Hong Kong and Macao, it said, is intended to help Guangdong, a major global production base, to attract more talent supporting the province's sustainable economic growth and further promoting the exchange of talent between Guangdong and the two SARs in the years ahead.

Good working and living environments and broad employment prospects in the mainland are seen as major attractions for the graduates.