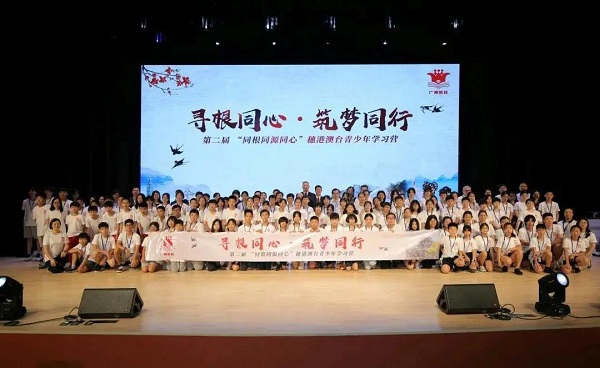 Attendees of the event get together for a group photo. [Photo/WeChat account: GZWS411665430]

The second learning camp for teenagers from Guangzhou, Hong Kong, Macao and Taiwan -- hosted by the Guangzhou education bureau -- kicked off on April 23 at the ISA Science City International School in Guangzhou.

Compared with the previous event, this year's two-day camp invited teenagers from Taiwan to participate in.

The event attracted 100 teens who got the chance to get a close look at the charms of traditional Chinese culture such as calligraphy, martial arts, Cantonese cuisine and traditional Lingnan architecture. 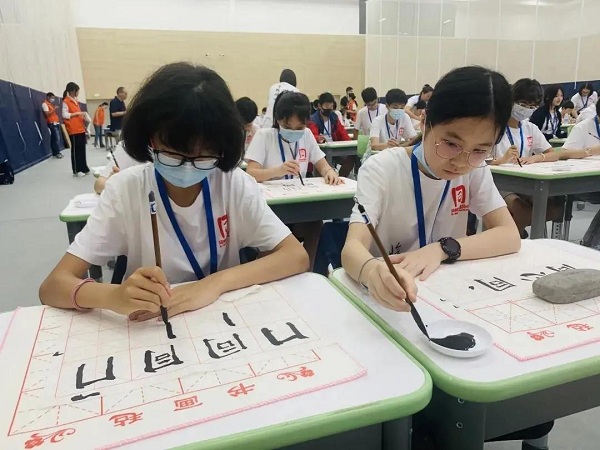 On-site visits to areas such as the Guangzhou Yuyin Ancestral Garden were also organized. This event aimed to enable teenagers from Hong Kong, Macao and Taiwan to learn more about traditional Chinese culture and let them have more of a sense of cohesion and identity.