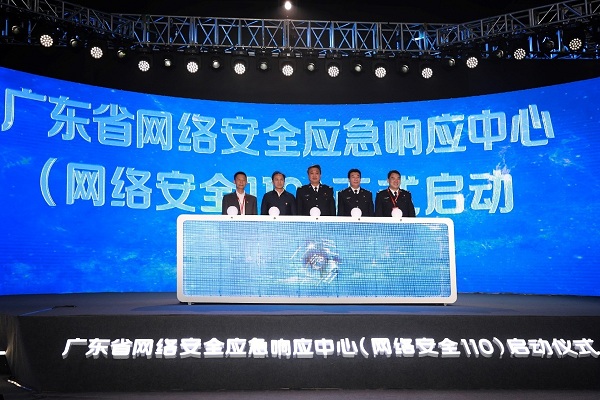 An emergency and response center for cybersecurity is launched on Tuesday in Guangzhou, Guangdong province. [Photo provided to chinadaily.com.cn]

An emergency and response center for cybersecurity was launched on Tuesday in Guangzhou, Guangdong province, to offer security assistance for key information infrastructure, important information system units and high-tech enterprises.

The center, which will operate 24 hours a day, will also monitor cybersecurity risks and release early warnings of problems, according to the provincial public security department.

With the rapid development of the high-tech industry in recent years in Guangzhou, local companies have developed a need for greater security, according to public security authorities.

Also on Tuesday, a data alliance for digital risks, to include data from 40 cybersecurity companies, was established in Huangpu district of Guangzhou.