70 Years of Progress in Guangzhou

Guangzhou, capital city of Guangdong province, has experienced considerable changes after 70 years of economic and social development since the founding of the People's Republic of China.

Guangzhou's regional gross domestic product was 298 million yuan ($41.92 million) in 1949. That number has risen to 2.29 trillion yuan in 2018, accounting for 25 percent of the total GDP in Guangdong province, thanks to the reform and opening-up policies.

Since the 18th National Congress of the Communist Party of China, Guangzhou has been devoted to carrying out high-quality development, being one of the areas in China with the most economic dynamism. The annual GDP growth rate was maintained at 8.3 percent from 2013 to 2018, 1.3 percentage points higher than the national average growth. 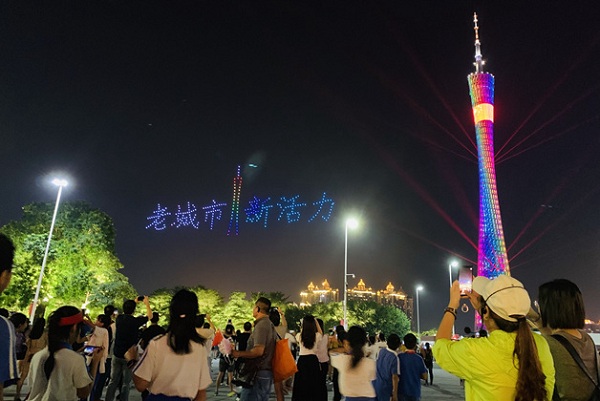