Museum of the Western Han Dynasty Mausoleum of the Nanyue King

The Mausoleum of the Nanyue King in Guangzhou is the largest and most unique stone-chamber tomb from the Han Dynasty (206 BC-220 BC), with colored decorations in the area. Zhao Mo, the owner of the mausoleum, was the second king of the Nanyue Kingdom and ruled from 137 BC to 122 BC. The king was buried in Panyu (capital city of the kingdom and known as Guangzhou today) after his death and his tomb was left alone for more than two thousand years.

The tomb was discovered in 1983 and the museum opened in 1988. It sits 20 meters under Xianggang Mountain (Elephant Hill) in Guangzhou on a construction site for a hotel, and has been excavated. The tomb is nearly 11 meters long and over 12 meters wide. It is divided into seven parts, with a front chamber, east and west wing rooms, the main coffin chamber, east and west side rooms, and a back storage chamber.

The tomb has yielded more than 10,000 burial artifacts, a chariot, gold and silver vessels, musical instruments, and human sacrifices (15 courtiers were buried alive with him to serve him after death). It is also among the only tombs from the early Western Han Dynasty that has murals on its walls.

As important historical relics of the Nanyue Kingdom, the Mausoleum of the Nanyue King and the burial artifacts are of great significance for research on the economic, political and cultural development of Guangzhou and the entire Lingnan region during the Qin (221 BC -206 BC) and Han Dynasties (206 BC-220 BC).

The Museum of the Mausoleum of the Nanyue King was built on the site of the cemetery, with a total area of 17,400 square meters. It mainly displays the original site of the tomb and its archaeological finds. The museum also features a special exhibition of ceramic pillows donated by Yang Yongde and his wife, as well as temporary exhibitions.

It was named a Major National Historical Site in 1996 and is renowned for its rare assemblage of funerary artifacts representing the diffusion of cultures throughout the Lingnan region during the Han dynasty. 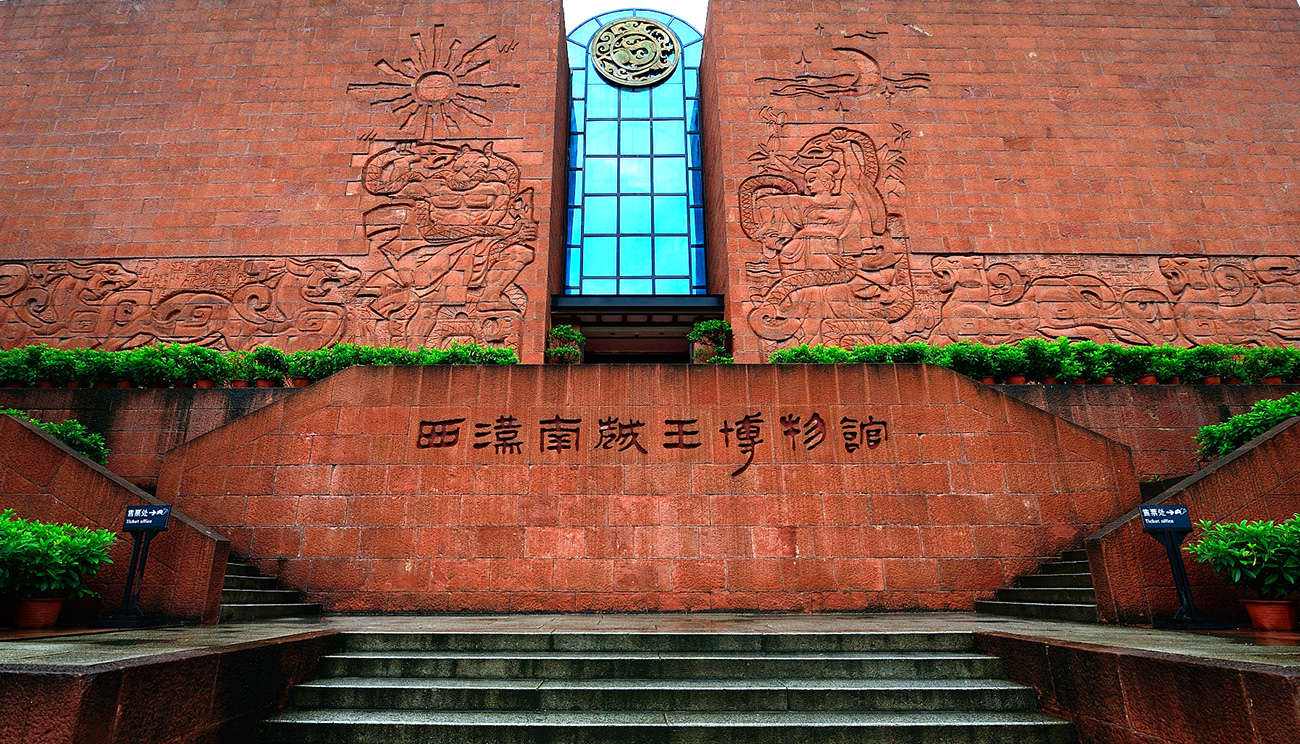 A photo of Museum of the Western Han Dynasty Mausoleum of the Nanyue King. [Photo/gznywmuseum.org]