As the world's first UAV designed to carry humans, the all-electric vehicle contains four arms with eight propellers and is able to carry a person 30 to 50 kilometers within half an hour. The Ehang 184 operates completely independently -- all the passenger has to do is enter his or her destination into a smartphone app. 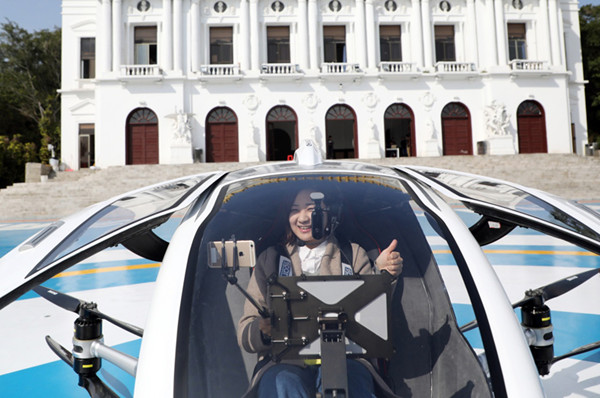 A passenger boards the Ehang 184 in preparation for a test flight in Guangzhou on Feb 6. [Photo/Xinhua]

Previously, the Guangzhou-based technology company tested the Ehang 184 thousands of times in every possible condition, including in typhoons, a 230-kilogram load test flight, a long-range test flight, a high-speed test flight (130 kilometers per hour) and a night test flight.

On the same day, the company released footage of the latest tests, which involved a total of 40 participants, including Wang Dong, vice mayor of Guangzhou, and Hu Huazhi, founder and CEO of Ehang.

"Conducting a manned test flight enables us to show people how safe our vehicles are," said Hu. "What we're doing isn't an extreme sport, so the safety of each passenger always comes first; now that we've successfully tested the Ehang 184, I'm really excited to see what the future holds for us in the realm of air transport." 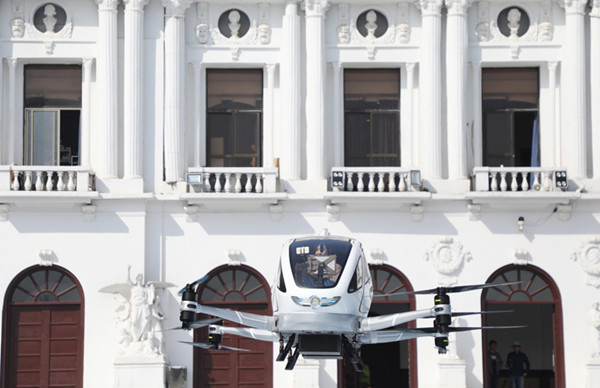 An Ehang 184 UVA performs a test flight in Guangzhou on Feb 6. [Photo/Xinhua]

When asked when the vehicles would be released to the public, Hu said that Ehang already has a schedule in mind.

"It is a step-by-step process when it comes to the development and application of any transformative technology. First comes innovation and design, and then policies are created and developed. This is what drives the industry and pushes us forward," he said. 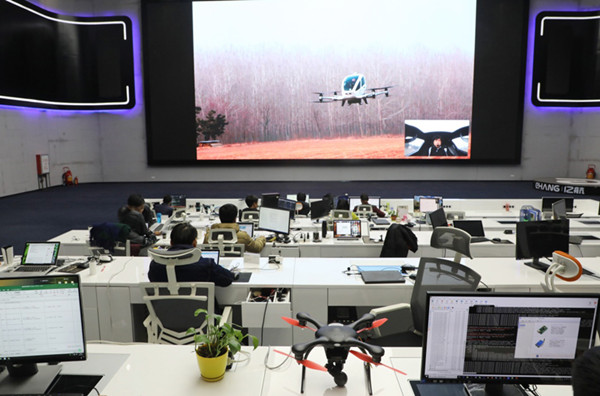 Ehang unveils footage of the latest Ehang 184 test flights at its UAV command center in Guangzhou on Feb 6. [Photo/Xinhua]