A fleet of autopiloted cars made by California-based self-driving vehicle company Pony.ai began their first road test in Nansha district, Guangzhou on Feb 2. Government officials and reporters from the city were invited to try out the unmanned vehicles. 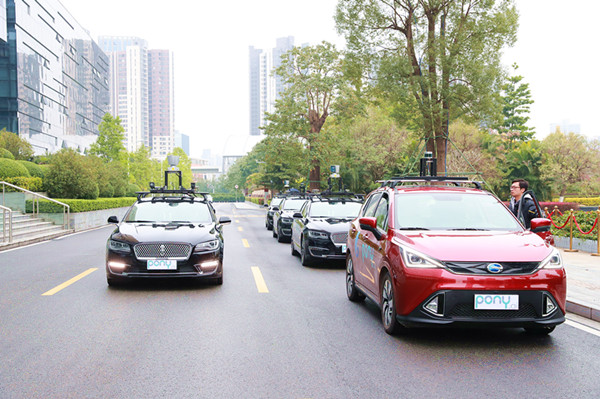 A fleet of autopiloted cars hit the road in Nansha district of Guangzhou on Feb 2. [Photo/southcn.com]

Starting at the Nansha district government building and ending at Citizen Square, which is hosting the 2018 Nansha Light Art Festival, all testing vehicles successfully completed the three-kilometer route while accurately identifying pedestrians and traffic lights along the roads using advanced sensors.

Sensors collect information from the surrounding environment and send it back to the car which then analyzes the information and makes judgments accordingly, said one engineer from Pony.ai. The main sensor, Velodyne, is located on the top of the cars and is made up of a laser radar, a high-definition camera, and a special millimeter-wave radar, he added. 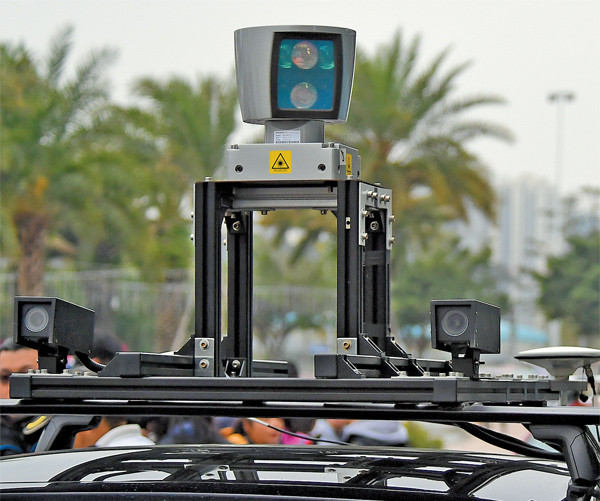 Early in October last year, Pony.ai set up its China headquarters in Nansha and it has since then carried out numerous tests on its vehicles under a variety of different conditions. In the next three years, the company aims to expand its testing area to 30 square kilometers and put 200 driverless cars on the road. 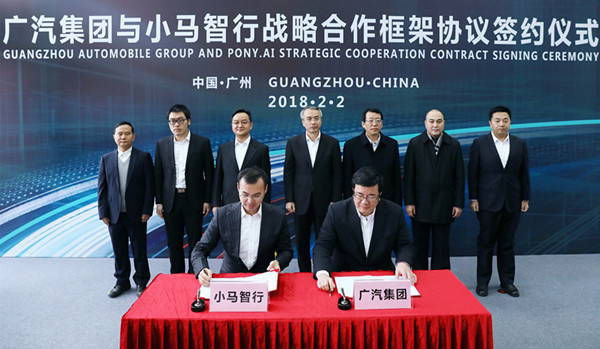 Pony.ai signs an agreement with GAC Group in February to develop a world-class smart driving system in Nansha district. [Photo/southcn.com]

"This regional model can be replicated across Guangzhou once our operation in Nansha is perfected," said Hu Wen, COO of Pony.ai.

Currently, Nansha places a lot of focus on the R&D of artificial intelligence by attracting large AI companies. Aside from Pony.ai, 30 AI companies, including Microsoft and AsiaInfo, have launched projects in the area.