The aptly named Shamian island located in Guangzhou's Liwan district literally means "sandy surface" in Chinese, for its physical characteristics. Don't let this name fool you, however, as the island is a historical hotspot. Despite only encompassing a diminutive 300, 000 square meters, there are rows of historical avenues flanked with important buildings and scenic trees. 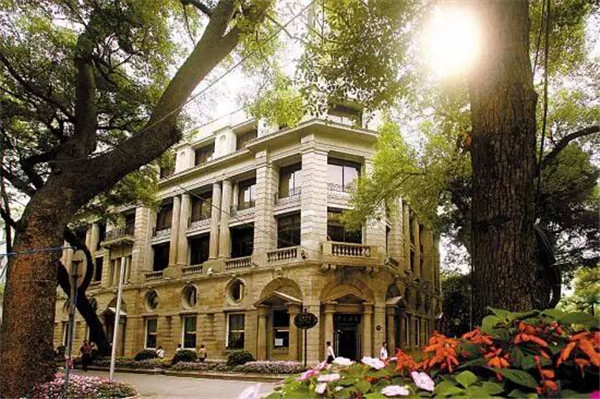 Shamian has served as an area of mercantile importance since the Song Dynasty (960-1279). From the Qing Dynasty (1644-1912) onwards, its importance doubled as a strategic point of defense during the second Opium Wars (1856-1860). In 1859, the island's territory was gobbled up by Western imperialism, as it was split into concessions for the French and the United Kingdom (four fifths of the territory went to the British, with the remaining one fifth going to the French).

The territory today features architecture that befits its cosmopolitan history, with the mansions on the island being some of the best preserved Western European style buildings in the country. More than 40 buildings have been counted to be amongst the most exotic ones in Guangzhou, exhibiting traits of Gothic, Baroque and Neoclassical architecture. 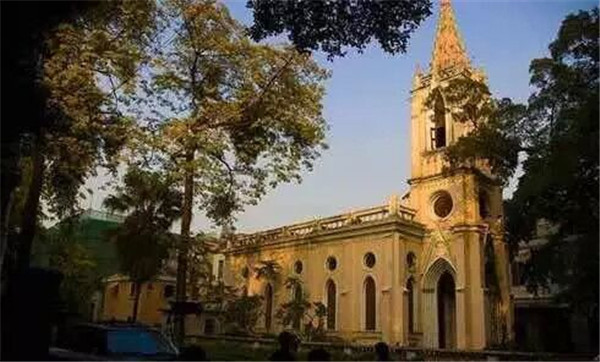 The island is home to a wide range of exotic buildings featuring Gothic, Baroque, and Neoclassical architecture. [Photo/visitgz.com]

Some of the famous attractions on the island include the Catholic Church Our Lady of Lourdes built in 1892, the British Protestant church Christ Church of Shameen built in 1865 and the Guangdong Foreign Affairs Museum.

By Metro:
Take Metro Line 1 to Huangsha Station and get out from Exit F.