A single trip from Guangzhou to Hong Kong will be reduced to merely 48 minutes when the high-speed rail (HSR) connecting Hong Kong, Shenzhen and Guangzhou opens in 2018.

The nine bullet trains ordered by Mass Transit Railway (MTR), the rail company in Hong Kong, have been put on the track and the railway has entered a testing phase. Recently, four of the bullet trains were opened to the public to inspect.

Each of the trains has eight carriages, with the first and the eighth being the first-class coach and the rest second-class. 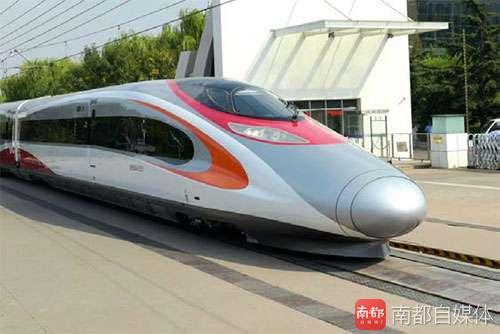 The bullet trains are equipped with a range of passenger-friendly facilities such as Wifi services, charging sockets, reading lamps, and baby nursing counters.

According to Deng Weiyong, general manager of the HSR section of the MTR, nine trains are undergoing testing with a speed of 200 kilometers per hour and it will hopefully be finished by the end of this year or before the end of the first quarter next year.

When the railway is opened, Hong Kong residents will be able to travel to 16 major cities on the Chinese mainland, including Beijing, Shanghai, Wuhan and Chengdu from Shenzhen and Guangzhou after taking the HSR. It will only take about 10 hours to go from Hong Kong to Beijing and eight hours to Shanghai by train. 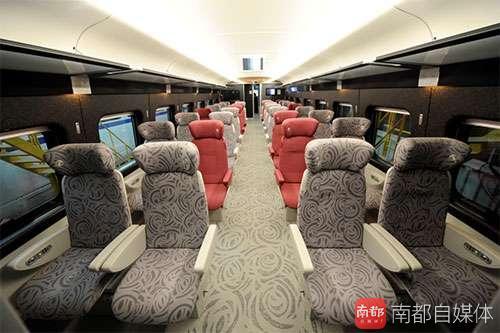 The interior of the Guangzhou-Shenzhen-Hong Kong bullet trains is spacious and comfortable. [Photo/ epaper.oeeee.com]