One of Guangzhou's trams running from the Canton Tower to Wanshengwei Subway station has been decked out in a Maritime Silk Road design, running until the end of December.

The azure blue tram that runs along the 7.7-kilometer section of track has been decorated to promote the influence the Maritime Silk Road has had on Guangzhou's long history of open and inclusiveness, according to Liu Xiaoming, chief engineer of Guangzhou municipal bureau of press, publication, radio, film and television. 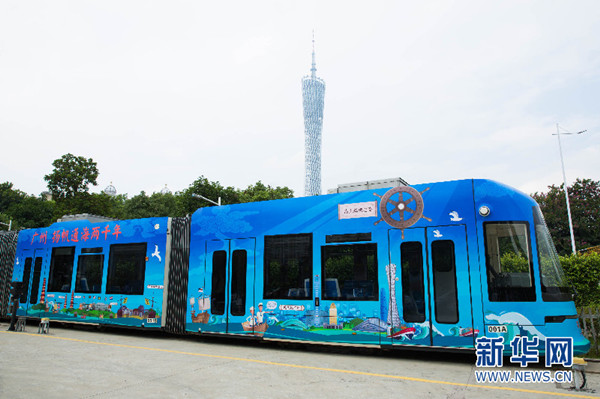 A special Maritime Silk Road hits the road themed tram is serving Guangzhou until the end of December.[ Photo/xinhuanet.com]

The tram route is an important one in the city, covering 11 stops including Pazhou Pagoda, China Import and Export Fair Complex and Ancient Huangpu Port.

The blue exteriors, the four carriages of the tram are filled with Maritime Silk Road elements like the Ancient Huangpu Port, Guangxiao Temple, the Western Han Dynasty Mausoleum of the Nanyue King. Each carriage showcases Guangzhou and depicts stories through the city's different dynasties, with the first one depicting Qin, Han, Wei and Jin Dynasties and the second Sui, Tang, Song, Yuan Dynasties, the third Ming and Qing Dynasties and the last one modern Guangzhou.

"Taking the tram is really enjoyable as you can see the modern city scenery in Guangzhou as well as admire the city's profound Maritime Silk Road culture," said a girl surnamed Chen who took the tramcar for the first time. 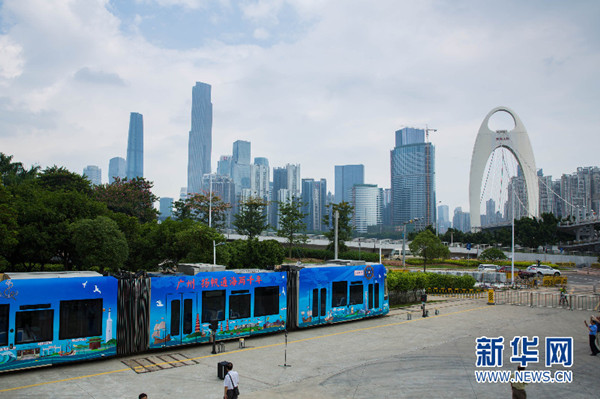 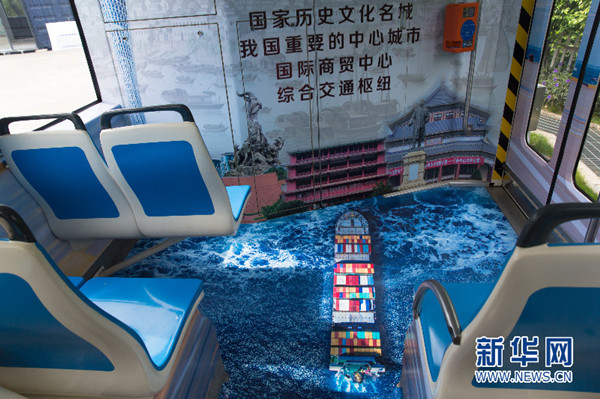 Each carriage features stories of Guangzhou from the Qin Dynasty (221-206 BC) to the 21st century. [Photo/xinhuanet.com]