Guangzhou and Canada will continue to enhance economic, people-to-people exchanges and cultural ties as Guangzhou Culture Week 2017 takes place in Vancouver from May 24 to 31. 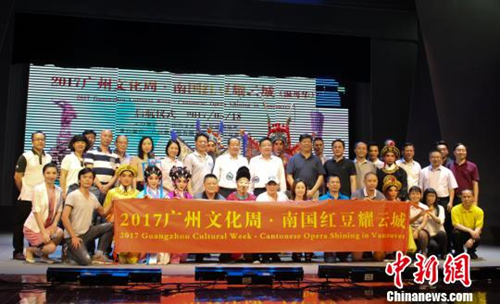 The 2017 Guangzhou Culture Week event is scheduled to shine on the Vancouver stage on May 24-31. [Photo by Liang Siming/chinanews.cn]

The Guangzhou Red Bean Cantonese Opera Troupe, one of the most popular troupes of all time, will bring Vancouver audiences excerpts from their famous productions, including Snowstorm at the Mountain God Temple.

Guangzhou and Vancouver established sister-city ties in March of 1985. Since then they have held a variety of activities to boost exchanges in culture, education and tourism. 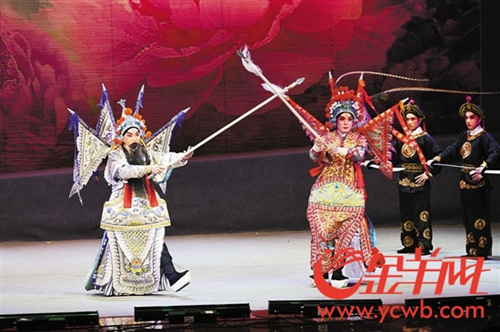 The Guangzhou Red Bean Cantonese Opera Troupe announced on May 18 that it will participate in the 2017 Guangzhou Culture Week event in Vancouver from May 24 to 31. [Photo by Lin Guiyan/ycwb.com]

The troupe will also join hands with associations of overseas Chinese to give trainings and lectures on the opera's characteristics, types of plays, costumes and makeup. 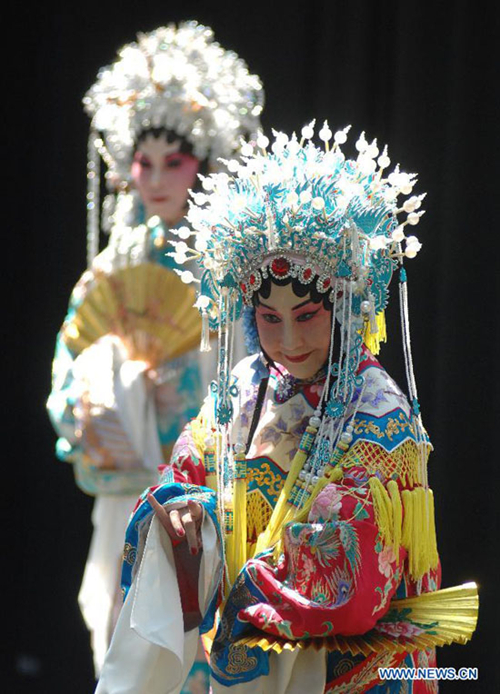 Vancouver Cantonese Opera artists perform at the "All Over the Map!" intercultural festival in Vancouver, Canada, July 8, 2012. [Photo/Xinhua]