The 121st Canton Fair entered its second phase on April 23, showcasing the latest in bespoke gifts, home furnishings, and a vast range of consumer goods from toys to toilet brushes.

The Canton Fair, also known as the China Import and Export Fair, has played an important role in foreign trade since 1957.

The Pazhou Exhibition Center in Guangzhou, home of the fair, is hosting a staggering 7,297 exhibitors this year.

The first phase of the fair was held from April 15 to 19, and featured household electrical appliances, electronics, tools and building materials among others. Phase three gets underway on May 1, showcasing textiles, office and medical supplies, as well as food.

According to orders signed so far at the fair, buyers are more inclined to purchase products which feature innovative and smart elements.

One example, is a smart hotpot restaurant system developed by Guangdong Master group, which allows customers to order food by scanning a QR code, which is then delivered on a conveyor belt.

A spokesperson from Guangdong Master Group, said innovative companies will gain an upper hand in the foreign market. The company has grown from being an original equipment manufactuer (OEM) to become an original design manufacturer (ODM).

As markets become more competitive, businesses are exploring new and different ways to get an advantage, particularly in cross-border e-commerce. Many firms are building overseas warehousing and distribution centers to make buying and selling services more convenient for customers.

Smaller companies are grouping their orders together so that they can reduce their operating costs and in turn lower their prices and become more competitive on the foreign market.

One such company said that the practice of grouping orders has allowed his company to grow from being just an importer to becoming and exporter as well.

According to the statistics released by Guangzhou Customs, foreign trade grew by 31.9 percent year-on-year in the first quarter of 2017. 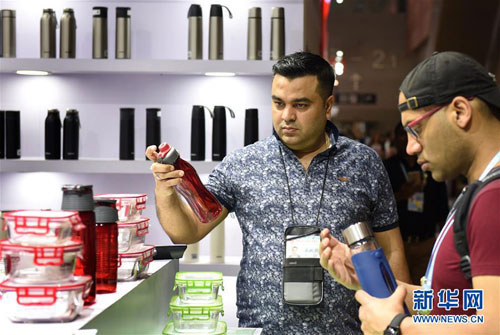 A buyer browses glassware and drink bottles at the 121st Canton Fair on April 23. [Photo by Lu Hanxin/Xinhua] 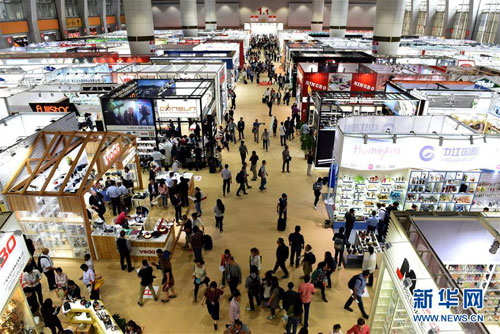 Domestic and overseas exhibitors attend the second phase of Canton Fair at the Pazhou exhibition center on April 23. [Photo by Lu Hanxin/Xinhua]