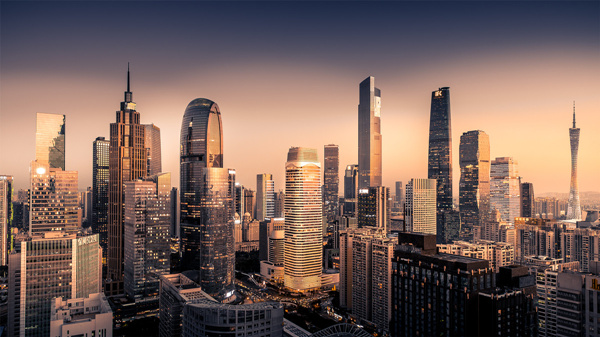 A short video titled "Guangzhou, Flower City in Bloom" made its debut on "the China Screen" at Times Square in New York on Saturday. It was for the first time that Guangzhou, the third largest city of China, was presented at the "World's Crossroads".

In the 30-second video clip, Guangzhou showed the world its blended image of an international city, a high-tech city and an artistic city, through a series of brand-new trademarks, such as the city's new CBD surrounding the landmark building Canton Tower, the Canton Fair Complex hosting the world's largest trade fair, and the world's first model of self-driving super sports concept car.

All these demonstrate Guangzhou's ambition to evolve into "a hub-type network city", according to a blueprint adopted last August.

As an important bridge to achieve this goal, Guangzhou will inaugurate its office in Silicon Valley on Monday and in Boston on the following day. The two will be the first batch of offices representing Guangzhou overseas, which are designed to strengthen partnership with the United States and Europe in technology cooperation and human talents exchange.

"The offices will connect with the local science and technology institutions, enterprises and government departments of Boston and Silicon Valley. This is a substantive step taken by Guangzhou to become an international hub for scientific and technological innovation. We will improve government services and actively attract capital, intelligence and technology from a global perspective," Cai Chaolin, vice mayor of Guangzhou, commented.

Located in the geometric center of Asia-Pacific, Guangzhou is the southern gateway of China and has been one of the most important ports for foreign trade since ancient times. In ancient Rome, the silk shipped from Guangzhou was the most precious goods on the Mediterranean coast. In the past three decades, Guangzhou has grown rapidly as an important shipping center, logistics center and trade center in China. With more than 14 million residents, Guangzhou's GDP in 2016 reached 1.96 trillion yuan ($280 billion).

More importantly, Guangzhou has formed an all-dimensional, multi-layered and wide-ranging opening pattern, and developed into one of the most open regions enjoying the highest degree of market economy.

According to the 2017 "White Paper" on the Business Environment in China and the 2017 Special Report on the State of Business in South China issued by the American Chamber of Commerce in South China on March 1, up to 48 percent of the respondents are interested in setting up a new office or service shop in Nansha New District, Guangzhou.

From December 6 to 8 this year, Guangzhou will host the 2017 Fortune Global Forum under the theme of "Open and Innovation: Shaping the Global Economy". "Guangzhou is undoubtedly a very beautiful city. Its development momentum is strong. In the 21st century, we are very optimistic about the prospects for the development of Guangzhou, and we are glad that the Fortune Global Forum can be held in Guangzhou," Fortune Editor-in-chief Alan Murray told reporters.

"Guangzhou is one of the most vibrant and market-minded cities in China," said Harley Seyedin, president of the American Chamber of Commerce in South China and vice chairman of US-China Economic and Trade Policy with the Asia Pacific Council of American Chambers of Commerce (APCAC). It has been scheduled that the 2017 APCAC Asia Pacific Business Summit will be held in April in Guangzhou. The combined annual sales of those companies that have committed to participating in the event have exceeded $600 billion.

Nevertheless, Guangzhou does not want to rest content with its past glory of being a commercial center for centuries. Modern technology, represented by the internet and information technology, is seen as an important starting point for the city to achieve a new round of leapfrog development. Building on its advantages in traditional business and high level of opening, Guangzhou stands out from China's large and medium-sized cities in pursuit of technology-powered development.

Adopting an open approach to actively engage with the outside world on innovation has been an important part of Guangzhou's strategy to develop into "a hub-type network city".

Guangzhou has so far established mechanisms with Belarus, New Zealand, Australia, Britain and Ukraine, among others, for exchange and cooperation in science, technology and innovation, according to Ma Zhengyong, director general of Guangzhou Science, Technology and Innovation Commission.

In addition to the United States, Guangzhou also plans to set up offices in Israel to promote scientific and technological cooperation.

Fostering a financing environment conducive to the development of technology firms and internet companies has also provided strong support for Guangzhou to achieve the goal of growing into an international innovation hub. Ma Zhengyong said that Guangzhou has adopted a series of financial policies to promote commercialization of innovation. By building platforms for financing and channeling investments, Guangzhou is expected to provide 300 billion yuan ($43.5 billion) in financing support to tech companies.

E-commerce, cross-border e-commerce in particular, has made remarkable progress in Guangzhou thanks to the alliance of the internet and traditional business. Chen Jie, director general of Guangzhou Municipal Commission of Commerce, said that in 2016, the total export and import value of Guangzhou cross-border e-commerce companies reached $2.21 billion, up 1.2 times; retail sales of online stores reached about $9.5 billion, an increase of 20.7 percent over the previous year. Guangzhou now makes every effort to cut red tape and raise the level of trade facilitation, and is becoming "Capital of China's E-commerce," which helps foreign E-commerce companies to expand their share of the vast Chinese market.

"With the improvement of living standards of Chinese residents, the demand for foreign high-quality goods is rising, and competitive products of foreign countries have great potential on the Chinese market. It will not only promote economic and social development in Guangzhou, but also provide more development opportunities for the world by building Guangzhou into a "Capital of E-commerce", said him. 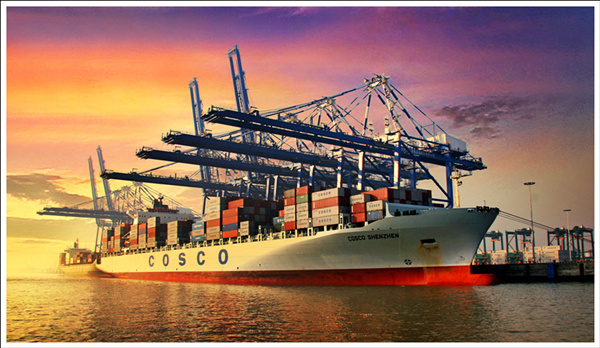