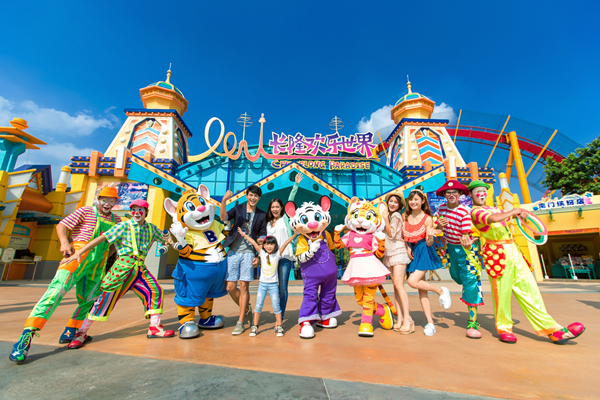 As the largest comprehensive tourist resort with the largest number of theme parks, Guangzhou Chimelong Tourist Resort, a National 5A Tourist Resort, has entertained over 10 million tourists annually for several consecutive years. Ranked worldwide as a top theme resort, Guangzhou Chimelong Tourist Resort has become an icon of China's tourism industry, with over 60 amusement facilities and programs which are either the best in Asia or the world, including the world's biggest Frisbee, the 10 Inversion Roller Coaster (a Guinness Record holder), the world’s largest water stunt show "Danger Island" and the Motorbike Launch Coaster (winner of the FKF Award).

The Chimelong Group has long been a leader of the tourism industry. The Chimelong Safari Park is home to over 20,000 exotic animals from over 500 species including koala and giant panda, both national treasures. The Chimelong International Circus is a large international circus show boasting the world's largest performance stage. The amusement shows and performances at Chimelong Paradise enjoy world acclaim in the tourism industry, earning the venue the title of "Model for New Generation Amusement Parks". Chimelong Water Park has been listed as a must-see water park in the world for several consecutive years. Guangzhou Crocodile Park is a unique ecological wetland park. The Chimelong Hotel is the nation's first animal-themed hotel, and has won the prize of "Best Chinese Theme Hotel" for several consecutive years.