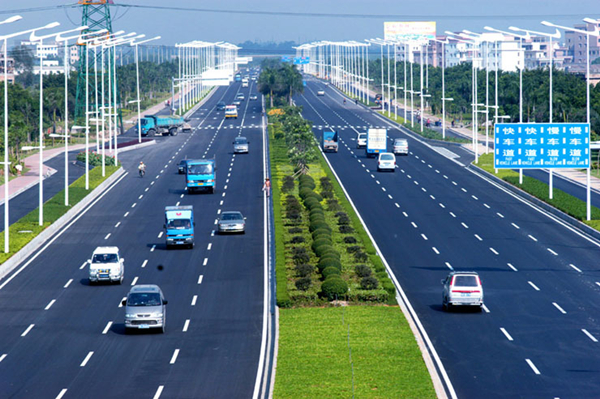 Huadu district, located in northern Guangzhou, is an important transport hub. This is a place suitable for working and living and a modern district featuring hills, rivers and green surroundings. It has recreation and living facilities of an international standard. The "district of flowers" is also well-known for being the home of about 300 thousand overseas Chinese in Hong Kong, Macao, Taiwan and other foreign countries.

Huadu has a beautiful environment and pleasant scenery. The Wangzi Mountain Forest Park and the Furong tourist resort are located here. Historic sites include the late Qing dynasty residence of Hong Xiuquan, a peasant revolutionary leader, the Zizheng Daifu Ancestral Temple, the Pangu Temple and the Yuanxuan Taoist Temple.

Huadu has a developed transport network. With complete water, land and air transportation networks, it is the northern gate of the Pearl River Delta to other parts of China. Both the new international airport of Guangzhou, one of China's three major airports, and the North Railway Station, one of Guangzhou's three starting railway stations, are located here. The railway artery of China, the Beijing-Guangzhou railway, goes through the district. Huadu port, a State Grade 2 port, provides services for 1,000-ton cargo ships heading directly to Hong Kong and Macao.

Currently, Huadu has two economic development "engines" and three major industrial clusters centering on the auto, aircraft, jewelry and leather industries. The development of a 100-square-kilometer airport economy zone has been placed on the agenda, and a provincial auto industry base has been established. The Shiling Town of Huadu has become China's largest leather industry base with most of its enterprises being privately owned. The town's annual output value exceeds RMB10 billion. 86 renowned domestic and foreign enterprises have settled in the Huadu Jewelry Industrial Park. In the past three years, both the average annual growth of output value and export value of jewelry products were over 50%. The optimization and upgrading of the industrial structure has brought great changes to Huadu's economy and is also a strong driving force to its real estate market.