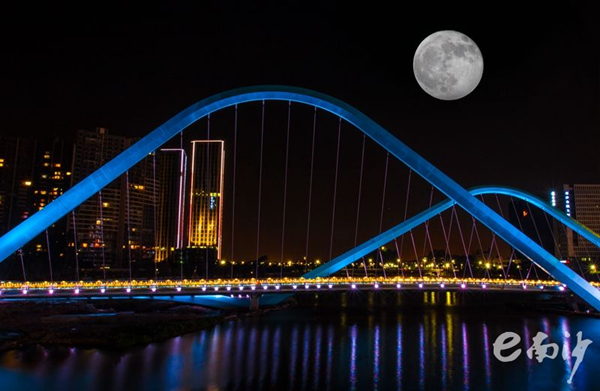 Nansha district is under the jurisdiction of Guangzhou, the capital of Guangdong province. It is located at the southernmost part of Guangzhou, and at the intersection of three tributaries for the Pearl River, Xijiang River, Beijiang River and Dongjiang River.

The district is a hub connecting almost all port cities along the Pearl River in Guangdong province. It borders Zhongshan and Foshan to the west and is adjacent to Dongguan in the east.

Nansha district governs six towns and three subdistricts spreading across 784 square kilometers of land. In 2013, it had a population of 625,100 people and achieved a GDP of 90.8 billion yuan ($1.3 billion).

The most popular attractions of the district are the Nansha Wetland Park, Huangshanlu Forest Park, Tianhou Temple and the Site of Humen Fort.